UNCF: 75 Years of Lighting the Way to Better Futures

We’ve made a difference for almost a half million students since 1944.

Help us make a difference for a half million more.

Today, on our National Day of Giving, in honor of our 75th anniversary, we launch our “75 for 75” campaign.

Your gift to 75 for 75 will be used to fund an additional 75 students with $5,000 scholarships so they can enter or return to college in the fall.

Please give generously to help 75 deserving students, because “A mind is a terrible thing to waste.”®

UNCF was founded on April 25, 1944, and for 75 years, it has supported private HBCUs and hundreds of thousands of deserving students, and advocated for minority higher education.  As it marks this incredible milestone, UNCF will celebrate all year long at its fundraising events across the country.  We started with Martin Luther King Day celebrations in January and will close with our signature Atlanta Masked Ball in December.

UNCF’s Official Birthday and a National Day of Giving

This one-day national online fundraising event helped promote UNCF and HBCUs and gave supporters a way to donate and help support UNCF’s mission of helping students get to and through college.

Read the recap of the big day: 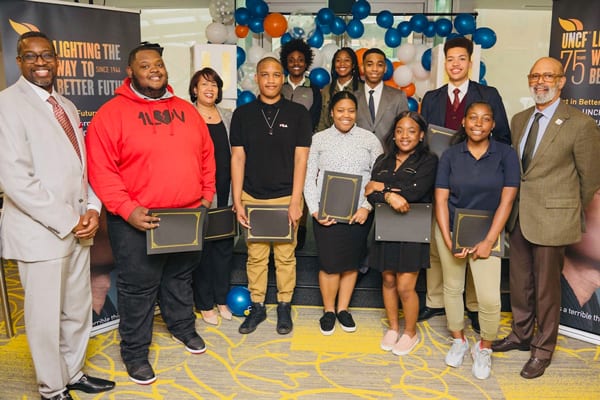 Want to know more about the Celebration? We’re on the Air!

Commemorative Address: Hear UNCF's Vision for the Next 25 Years

Commemorative Address: Hear UNCF's Vision for the Next 25 Years 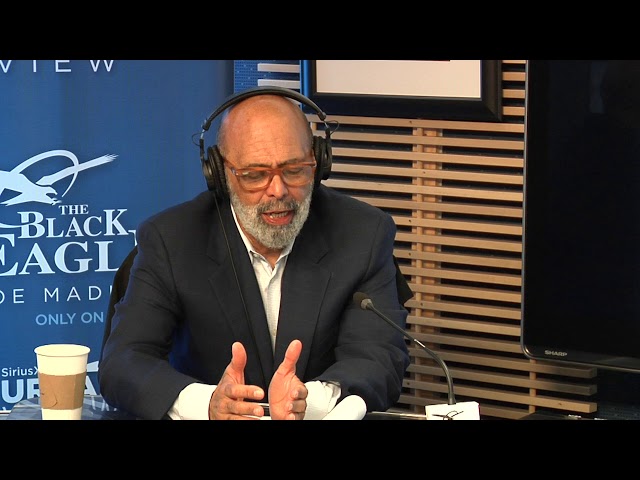 Tune in to the Rickey Smiley Morning Show LIVE at 9:09 a.m. EST, Thursday, April 25, and Get Up! Mornings with Erica Campbell at 7:30 a.m. EST and hear Morehouse College alum PJ Morton! Morton is  a musician, singer, songwriter and record producer. Since 2012, he has been one of the keyboardists for the pop rock band Maroon 5.

Dr. Lomax will speak on The Al Sharpton Show at 2:00 p.m. EST on April25. Listen on www.woldcnews.com.

UNCF—on the heels of delivering over $100 million in additional federal funding to historically black colleges and universities (HBCUs)—held an inaugural “State of the HBCU Address” hosted by Bakari Sellers on March 5. This address set the agenda for federal lawmakers in the 116th Congress and highlighted the progress and accomplishments of HBCUs over the past year. >>Read More

UNCF hosted the 75th Anniversary National A Mind Is… Gala, on March 7, where we remembered our successes, honored our biggest supporters and launch the next 25 years.

During an historic night—in more ways than one—UNCF (United Negro College Fund) celebrated its 75th anniversary at its national UNCF “A Mind is…” Gala in Washington, DC, March 7. The event helped the storied organization reach new fundraising heights, raising more than it ever has during a single event—$3.4 million—for UNCF’s historically black colleges and universities (HBCUs). The event, whose title echoes the group’s iconic motto, “A mind is a terrible thing to waste,”® celebrated the founding of the organization by Tuskegee Institute (now Tuskegee University) president Dr. Frederick Douglass Patterson with backing from corporate leaders led by John D. Rockefeller, Jr., and Coca Cola President Robert W. Woodruff. UNCF Member Presidents, its Board of Directors, Executive Leadership and a host of supporters and volunteers were on hand to recognize those organizations that have supported UNCF from the very beginning, newer major donors and a very special group that has shown its support over and over again for the HBCU community.>> Read More

UNCF’s Official Birthday and a National Day of Giving

This one-day national online fundraising event will help promote UNCF and HBCUs and give supporters a way to donate and help support UNCF’s mission of helping students get to and through college.

Milestones are important. Ours are marked by lives that are positively changed. 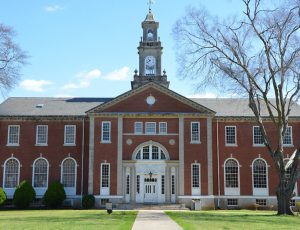 UNCF has provided resources and support to empower more than 500,000 students to earn college degrees for almost eight decades.