Sold-out affair brought the Who’s Who of Atlanta, raising more than $190,000 alone during the Fund the Mission Appeal

“The Atlanta Masked Ball is UNCF’s signature event and a significant opportunity to keep students in school and help them graduate and go on to secure successful careers. It is always a spectacular evening, and we are grateful to the Mayor, other notables and leaders of Atlanta, who shared in our efforts to raise vital funds for HBCU students attending UNCF member schools in Atlanta,” said Dr. Lomax. 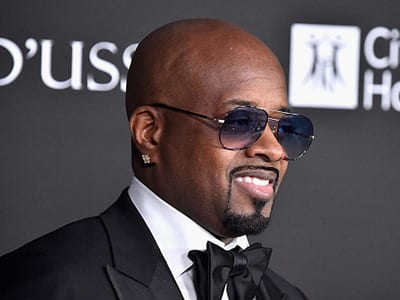 “I am eternally grateful to Mayor Keisha Lance Bottoms and the entire Atlanta community for the generosity and support we continue to receive that is imperative to the work of UNCF and our attempt to change lives,” said Justine Boyd, UNCF Regional Development Director, who added “It is an honor to live in a city that gives abundantly and to work for an organization that levels the playing field for underserved students.”

An unforgettable moment during the Ball was when music mogul Jermaine Dupri was introduced by Chris Tucker and presented with the UNCF MASKED Award—an acronym coined by Mrs. Aaron, meaning Mankind Assisting Students Kindle Educational Dreams. This year, UNCF renamed the award the Billye Suber Aaron Masked Award in her honor.

Founded by Ambassador Young, who was Mayor of Atlanta at the time and Mrs. Aaron, educating students has always been at the forefront of the event’s mission. With the success of the UNCF Atlanta Mayor’s Masked Ball, thousands of students have a brighter future because of the financial support they have received. Understanding the hardships facing college students, Mrs. Aaron created the Billye Suber Aaron Legacy Scholarship, which has raised $1.2 million in scholarships since its creation.

The premier Atlanta event was made possible by top sponsors Hank and Billye Suber Aaron, The Coca-Cola Company, Delta Air Lines, UPS and the Atlanta Marriott Marquis. Special thanks were extended to Southwest Airlines, the air carrier for the event’s entertainment.

About UNCF
UNCF (the United Negro College Fund) is the nation’s largest and most effective minority education organization. To serve youth, the community and the nation, UNCF supports students’ education and development through scholarships and other programs, supports and strengthens its 37 member colleges and universities, and advocates for the importance of minority education and college readiness. UNCF institutions and other historically black colleges and universities are highly effective, awarding 21 percent of African American baccalaureate degrees. UNCF administers more than 400 programs, including scholarship, internship and fellowship, mentoring, summer enrichment, and curriculum and faculty development programs. Today, UNCF supports more than 60,000 students at over 1,100 colleges and universities across the country. Its logo features the UNCF torch of leadership in education and its widely recognized trademark, ‟A mind is a terrible thing to waste.”® Learn more at UNCF.org or for continuous updates and news, follow UNCF on Twitter at @UNCF.