Rust College is a historically Black, co-educational, senior liberal arts college founded in 1866 by the Freedman’s Aid Society of the Methodist Episcopal Church to offer quality programs in business, education, humanities, science and math, and social science to prepare students for leadership and service in a global society. 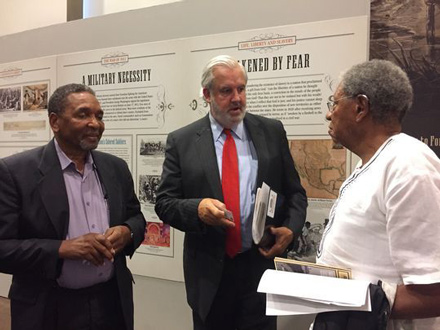 For Frank Smith and other civil rights workers, Rust College offered a “safe haven’’ as they braved the dangers of registering blacks to vote in Mississippi. It was at the state’s oldest historically black college and university that Smith was allowed during the 1960s to set up an office for the Student Nonviolent Coordinating Committee and help organize the black community in Holly Springs. “This school was committed to the civil rights movement,’’ said Smith, who was a field secretary for SNCC in Mississippi. >> Read More

Being a legacy Rustite has been a privilege and a honor.  As I reminisce over my four wonderful years at Rust College (1982-1986), I can truly say I left ready to serve others and well prepared for my current position and future experiences. Rust College...is like your first love...you never forget them.