In partnership with UNCF, Alaska Airlines’ special aircraft is a symbol of their commitment to education and advancing racial equity at Alaska Airlines, and the company hopes it inspires others as well.

One of the airline’s diversity, equity and inclusion commitments is to help create career pathways for young people by supporting programs like UNCF, the nation’s largest and most effective minority education organization, who they been working with for more than 15 years. On April 26, the airline revealed a special aircraft that symbolizes their support for education and equity – called “Our Commitment.” We know there is much more to do, and this airplane is a flying reminder of the journey. Revenue service for the aircraft begins on April 27, with an inaugural flight from Seattle to Washington D.C. 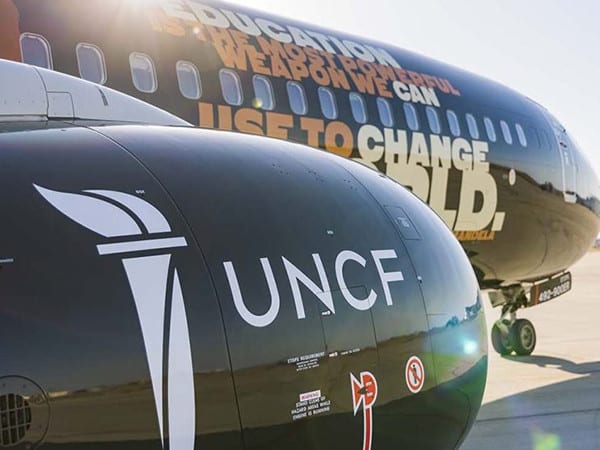 “One of the big barriers for our students taking advantage of the opportunities we offer is that they may not have the means to travel. This partnership with Alaska Airlines will help remove that barrier for students who need it most.” -- Dr. Michael Lomax, UNCF president and CEO