The college was nominated in six categories this year, including Female President of the Year, the third consecutive nomination for Benedict’s President Dr. Roslyn Clark Artis, who won the honor in 2018.

On Aug. 2, in downtown Baltimore, HBCU Digest hosted its annual HBCU Awards ceremony, where Benedict College received the top honor of “HBCU of the Year.”  [Benedict College is a UNCF-member institution]

The overall purpose of the HBCU Awards, according to HBCU Digest, is to reflect the vision, innovation and progress of the entire campus community.

“Two years ago, our president coined the term TheBESTofBC to reflect Benedict’s commitment to being the best at everything we do.… ‘HBCU of the Year’ reflects the hard work and the commitment to HBCU excellence on the part of every constituent of Benedict College—trustees, the president, the cabinet, the faculty, the staff, the students and the alumni… WE ARE BENEDICT COLLEGE!” stated VP of Institutional Advancement Leandra Hayes Burgess in the acceptance remarks.

Now, the rest of the world knows that we are collectively, TheBESTofBC.

“It was an honor to be in the midst of HBCUs across the country and to celebrate our achievements in academics, sports and individual achievements, and that makes our win extra special,” stated Dr. Emmanuel Lalande, vice president of enrollment management, Benedict College.

Benedict College was nominated in six categories this year, including “Female President of the Year,” the third consecutive nomination for Benedict’s President Dr. Roslyn Clark Artis, who won the honor in 2018. 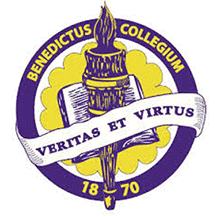 “I am so excited to be a member of the BC family. And I am especially excited to work hard this year so that we can come back next year because TheBESTofBC is still yet to come!” said Joana Arauz, recruiter, Benedict College.

Leading the cheers of the crowd was Benedict’s Student Government Association President Jordan Rice Woodruff, who exclaimed, “I cannot think of a better way to start our school year than to be the reigning ‘HBCU of the Year’!”

In March 2019, Benedict College was also awarded the 2019 American Council on Education (ACE) Fidelity Investments “Award for Institutional Transformation.” The award recognizes institutions across the United States that have responded to higher education challenges in innovative and creative ways and achieved dramatic changes in a brief period. Benedict College was the second HBCU and the first private college to receive this national recognition.

What if we supported our nation’s HBCUs with the same gusto with which we supported “Black Panther"?
The Master of Business Administration Program will offer concentrations in General Business, Management and Supply Chain Management