HBCUs Punching Above Their Weight, a research report released by UNCF, makes a strong case for a powerful proposition: Given their small average size and a history of being under-resourced, the enrollment, degree and economic impacts of HBCUs on African Americans in their respective states are significantly greater than one would expect.

“The impact of HBCUs has been collectively downplayed, overlooked and undervalued, and HBCUs Punching Above Their Weight illustrates what everyone who has graduated from or taught at an HBCU has long known,” said UNCF president and CEO Michael L. Lomax, Ph.D., “that for students in search of a higher education and for a country in urgent need of college-educated workers, a country rapidly becoming a majority-minority workforce, there’s no better choice than HBCUs.”

Punching Above Their Weight shows that, in their most important function—enrolling and graduating college students—HBCUs perform far better than their sizes and resources would lead one to expect.

Taken state by state, Punching Above Their Weight demonstrates HBCUs’ “multiplier effect” is impressive. Some examples include: 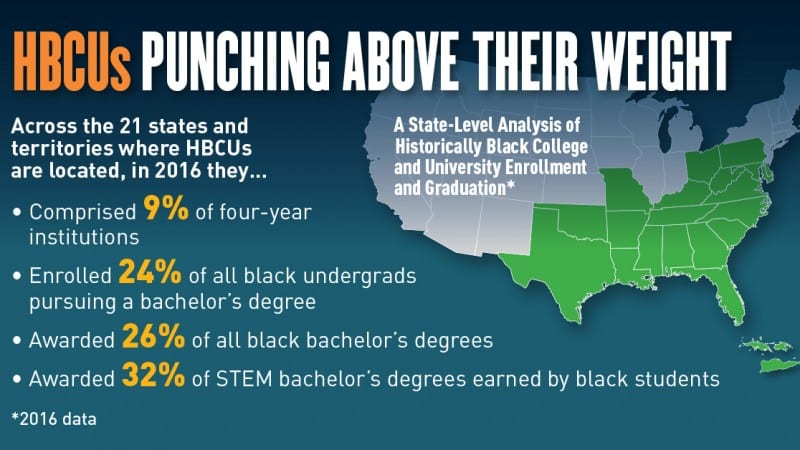