Tuesday, April 9, Herman Felton, Ph.D., president and CEO of Wiley College in Marshall, TX, provided testimony before the House panel that decides the funding levels for all federal education programs. The House Appropriations Committee’s Labor, Health and Human Services, and Education Subcommittee received public witness testimony from only 24 individuals to inform their crafting of the upcoming bill to fund the government for fiscal year 2020. The remarks provided by Dr. Felton focused on the funding and national benefits of Historically Black Colleges and Universities (HBCUs). 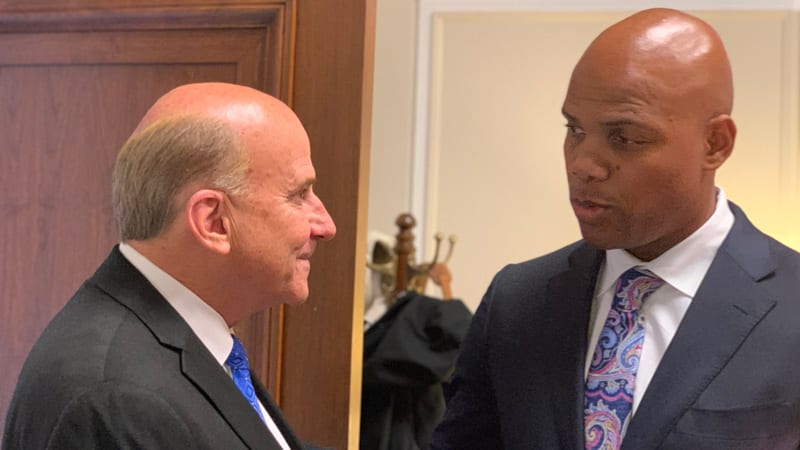 A Marine Corps veteran and lifelong educator, Dr. Felton’s testimony was the first of the afternoon to receive bi-partisan support from both Subcommittee Chairwoman Rosa L. DeLauro (D-CT) and Ranking Member Tom J. Cole (R-OK).  The funding leaders commended Wiley College (a UNCF-member institution) and similar HBCUs, for their work with first-generation college students, specifically for being an integral part of the American higher education fabric for decades. Chairwoman DeLauro added, concerning the $39 billion National Institutes of Health (NIH), “We will be sure that the center of our discussion and debate will be that we strengthen HBCUs.”  Rep. Barbara Lee (D-CA) who introduced Dr. Felton to the Subcommittee prior to his testimony, noted that funding recommendations in Dr. Felton’s testimony “just make sense.”

UNCF worked with Congress to garner the opportunity for HBCUs to be represented in today’s proceedings. Dr. Felton echoed the priorities laid out by UNCF’s president and CEO Dr. Michael L. Lomax during the organization’s inaugural “State of the HBCUs Address” on March 5, including:

“What we witnessed today was history,” commented Lodriguez V. Murray, UNCF’s vice president for public policy and government affairs. “One of our HBCU member presidents delivered remarks about the needs of all HBCUs and their students, weaving in the history of Wiley College. The goals are clear: increase resources necessary for the Pell-eligible and first generation college students who have found an HBCU education to be a necessity; and allot the funding necessary for HBCUs to continue to remain competitive and thrive.”

Murray concluded, “The reception Dr. Felton received at the hearing showed, once again, that when we take a positive proactive agenda to Capitol Hill, bipartisanship is the response.”

You can view the testimony here or read the full version here.

UNCF (United Negro College Fund) is the nation’s largest and most effective minority education organization. To serve youth, the community and the nation, UNCF supports students’ education and development through scholarships and other programs, strengthens its 37 member colleges and universities, and advocates for the importance of minority education and college readiness. UNCF institutions and other historically black colleges and universities are highly effective, awarding nearly 20 percent of African American baccalaureate degrees. UNCF awards more than $100 million in scholarships annually and administers more than 400 programs, including scholarship, internship and fellowship, mentoring, summer enrichment, and curriculum and faculty development programs. Its logo features the UNCF torch of leadership in education and its widely recognized motto, “A mind is a terrible thing to waste, but a wonderful thing to invest in.”® Today, UNCF supports more than 60,000 students at more than 1,100 colleges and universities. Learn more at UNCF.org or for continuous news and updates, follow UNCF on Twitter @UNCF.