Guests attending the 39th annual UNCF Atlanta Mayor’s Masked Ball Saturday, Dec. 17 at the Atlanta Marriott Marquis must get ready to experience a night to remember.

UNCF Atlanta is pleased to announce that Kenny Edmonds, better known by his stage name “Babyface” is the night’s featured entertainment. The 12-time Grammy Award winner and four-time Producer of the Year Award winner says he is at a point in his career where he has just one thing on his mind:  FEELING GOOD! “That’s ultimately what any musician or songwriter does,” Babyface declares. “We try to make people feel good.” 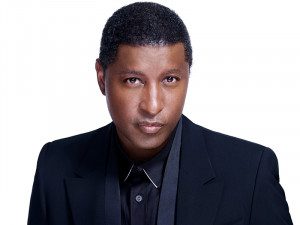 That’s precisely what Babyface intends to do on Dec. 17 at the annual UNCF Atlanta Mayor’s Masked Ball, which kicks off with a 6:00 p.m. reception and dinner following at 7:00 p.m. Babyface will be providing the entertainment that will make this coveted event unforgettable.

Founded in 1983 by Billye Suber Aaron and Ambassador Andrew Young, the annual UNCF Atlanta Mayor’s Masked Ball is Atlanta’s premiere holiday season social gathering that brings together the who’s who of the city.

“We are honored Mayor Dickens will continue the long tradition of mayors hosting the Atlanta Mayor’s Masked Ball. The mayor is a man of heart and soul, and his energy, leadership and experience will make a huge difference in the success of this legacy event,” said UNCF Assistant Vice President Justine Boyd.

For 78 years, UNCF has empowered more than half million students to earn college degrees. As the largest and most effective minority education organization in the United States, UNCF actively supports 37 private historically Black colleges and universities (HBCUs) and advocates for minority higher education.

Education has always been at the forefront of UNCF’s fundraising mission. With the success of the UNCF Atlanta Mayor’s Masked Ball, thousands of students have a brighter future because of the support they receive. In the 2020-21 school year, 928 awards totaling $6,732,895 were given to students in Georgia. In the past few years, more than 800 students attending UNCF-member institutions were either able to attend college or continue their college education without the interruption of financial challenges.

For more information about the upcoming event visit UNCF.org/AtlantaMMB or call 404.302.8623.

UNCF (United Negro College Fund) is the nation’s largest and most effective minority education organization. To serve youth, the community and the nation, UNCF supports students’ education and development through scholarships and other programs, supports and strengthens its 37 member colleges and universities, and advocates for the importance of minority education and college readiness. While totaling only 3% of all colleges and universities, UNCF institutions and other historically Black colleges and universities are highly effective, awarding 15% of bachelor’s degrees, 5% of master’s degrees, 10% of doctoral degrees and 19% of all STEM degrees earned by Black students in higher education. UNCF administers more than 400 programs, including scholarship, internship and fellowship, mentoring, summer enrichment, and curriculum and faculty development programs. Today, UNCF supports more than 60,000 students at over 1,100 colleges and universities across the country. Its logo features the UNCF torch of leadership in education and its widely recognized trademark, ‟A mind is a terrible thing to waste.”® Learn more at UNCF.org or for continuous updates and news, follow UNCF on Twitter at @UNCF.