On March 11, Atlanta business and civic leader Milton H. Jones, Jr. was elected Chair of the UNCF (United Negro College Fund) Board of Directors, becoming the first African American to hold that position. 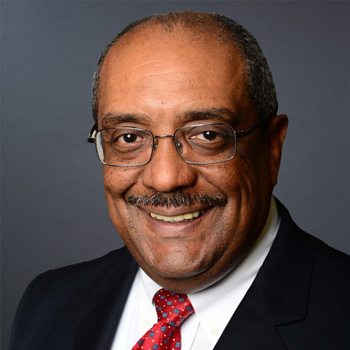 “Since 1944, UNCF has played an integral role in changing the life trajectory for each student it has served, and l look forward to continuing that legacy,” said Milton Jones. “Our member institutions and students remain the focus of our collective efforts. As we progress each year, we will grow our organization by building upon the strong foundation laid at UNCF’s inception and strengthened throughout its history.”

“All of us at UNCF are excited to have Milton become our new Board Chair,” said UNCF President and CEO Michael L. Lomax, who has known and worked with Jones for over four decades.  “Milton brings a wealth of business knowledge and a thoughtful and collaborative leadership approach that will help us thrive and continue to drive UNCF’s and our HBUCs’ impact and growth.”

Prior to his election as Board Chair, Jones served as Vice Chair of the Board and Chair of the Finance Committee.  He has been a member of the UNCF board since 2005.

Jones is a founding member of Peachtree Providence Partners Holding Company, LLC. In this role, he advises and collaborates with client board chairs, CEO’s and executives in key sectors that include financial services, healthcare, technology, government and higher education. For more than 32 years while at Bank of America, he held a series of senior executive positions with global responsibilities including roles reporting directly to the Chairman and CEO.

Jones is vice chairman of the Meharry Medical College Board of Trustees; treasurer and a board member of 100 Black Men of America; co-chair of the Atlanta Chapter of the National Association of Corporate Directors and serves on the advisory boards of the Metro Atlanta YMCA, Boy Scouts and the Commerce Club.  He is a member of the Downtown Atlanta Rotary Club and is a member and past chairman of The Atlanta Business League and of 100 Black Men of Atlanta.

Peachtree Providence Partners Holding Company, LLC, is an Atlanta, GA, based private investment and consultant firm with a focus on income producing for small to middle market businesses.

UNCF (United Negro College Fund) is the nation’s largest and most effective minority education organization. To serve youth, the community and the nation, UNCF supports students’ education and development through scholarships and other programs, supports and strengthens its 37 member colleges and universities, and advocates for the importance of minority education and college readiness. UNCF institutions and other historically Black colleges and universities are highly effective, awarding nearly 20% of African American baccalaureate degrees. UNCF administers more than 400 programs, including scholarship, internship and fellowship, mentoring, summer enrichment, and curriculum and faculty development programs. Today, UNCF supports more than 60,000 students at over 1,100 colleges and universities across the country. Its logo features the UNCF torch of leadership in education and its widely recognized trademark, ‟A mind is a terrible thing to waste.”® For continuous updates and news, follow UNCF on Twitter at @UNCF.