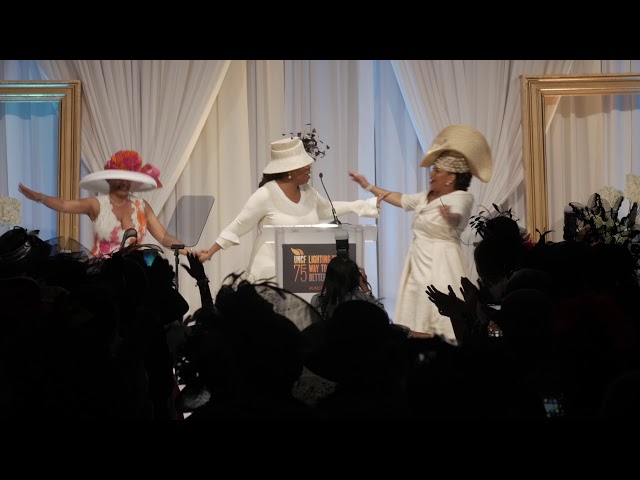 Named after loyal UNCF supporter, the late Dr. Maya Angelou, the luncheon annually honors local women whose footprints positively impact the Charlotte regional community. Proceeds from the luncheon will be used to benefit students in North Carolina and the historically black colleges and universities (HBCUs) that educate them.

“I believe in the power of education,” said Oprah Winfrey. “There is nothing better than to open the door for someone.” 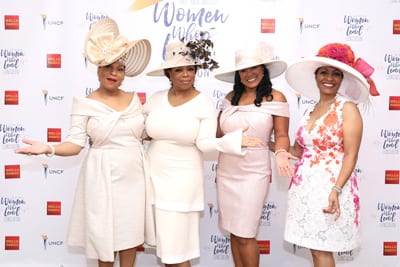 “The smashing success of this event is due in large part to the dedication of committee members and volunteers, led by Tiffany Jones, our local area development director, and event co-chairs Tina Bonner-Henry and Sonja P. Nichols,” said Michael L. Lomax, president and CEO,UNCF.  Both Tina Bonner-Henry and Sonja P. Nichols (Florida A&M University) have co-chaired the luncheon for the last 3 years. Bonner-Henry’s special friendship with Winfrey secured her participation. “Oprah Winfrey’s record-breaking gift will be life-changing for our students and the historically black colleges and universities that serve them, continued Lomax, president and CEO, UNCF. “With her investment, we can continue to provide the resources our HBCUs need to do their invaluable work. We can fund scholarships that narrow the gap between college costs and family resources, and change the narrative of our HBCUs, who help strengthen and elevate a new generation of young, black and gifted students.”

“Words cannot express our gratitude to Ms. Winfrey,” said Jones. “Her inspiring words reminded us that we stand on the shoulders of many and our legacy isn’t based on one action. With her generous gift, we can secure better futures for Charlotte’s brightest students and that raises the bar for us all.”

Estep’s powerful testimony, including a quote from Avinash Gupta “Don’t let your life change your goals, because achieving your goals can change your life,” brought the audience to their feet. Estep continued, “It is through the power and lesson of these words that inspired me to overcome adversity and become a first-generation college student.” Inspired by Estep’s words, Kieth Cockrell, Head of Specialty Client Services, Bank of America and wife Serena Peltier Cockrell (Dillard graduate) told the sophomore “We got you,” and paid off her semester’s balance before the end of the event.

“Wells Fargo has served as presenting sponsor of the Maya Angelou Women Who Lead Luncheon for the past eight years,” said Jay Everette, senior community relations manager, Wells Fargo. “At Wells Fargo, we understand the importance of UNCF’s mission and programming, and we support it in important ways. The Wells Fargo Foundation provides more than $1 million in funding annually to support UNCF scholarships and specific student programming. We sponsor the national UNCF Empower Me Tour to help students understand what it takes to get to and through college successfully. We have Wells Fargo senior leadership representation on UNCF’s national board, and many of our Wells Fargo team members provide human capital to UNCF in regional chapters across the country.”

To view images from the event, please visit UNCF.org/Charlotte.

About UNCF
UNCF (United Negro College Fund) is the nation’s largest and most effective minority education organization. To serve youth, the community and the nation, UNCF supports students’ education and development through scholarships and other programs, strengthens its 37 member colleges and universities, and advocates for the importance of minority education and college readiness. UNCF institutions and other historically black colleges and universities are highly effective, awarding nearly 20 percent of African American baccalaureate degrees. UNCF awards more than $100 million in scholarships annually and administers more than 400 programs, including scholarship, internship and fellowship, mentoring, summer enrichment, and curriculum and faculty development programs. Today, UNCF supports more than 60,000 students at more than 1,100 colleges and universities across the country. Its logo features the UNCF torch of leadership in education and its widely recognized motto, “A mind is a terrible thing to waste.”® Learn more at UNCF.org, or for continuous updates and news, follow UNCF on Twitter at @UNCF.