BOSTON—UNCF celebrated its 75th anniversary at the New England “A Mind Is…” reception on June 6 at the Four Seasons. Raising over $110,000, the inaugural event benefited deserving students and the 37 private historically black colleges and universities (HBCUs) UNCF supports. As it marks such a major milestone, UNCF is proud to honor former Secretary of Labor and Workforce Development for the Commonwealth of Massachusetts, Ronald L. Walker, II (Leadership Award); Frederick L. Brown, former Massachusetts Appeals Court judge (1976-2015) (The Shirley Chisholm Community Service Award); and husband and wife dynamic duo Fletcher and Benaree Wiley (Lifetime Achievement Award) for strengthening our HBCUs and helping to continue our mission.

As the largest and most effective minority education organization in the United States, UNCF has raised more than $4.8 billion and helped nearly a half a million students earn college degrees at UNCF-member HBCUs. “As we move forward into the next 25 years, it is important that we lay the groundwork to secure a better future for us all,” said Diego Aviles, Vice President of Development, UNCF. “The inaugural “A Mind Is…” Reception is the beginning in UNCF’s recommitment to the community of New England.” 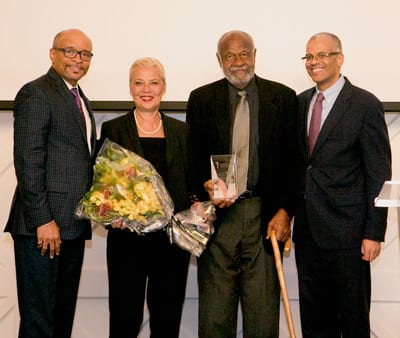 “There are millions of Americans who, over 75 years, have invested in UNCF and better futures for our students, and through that success, for all of us,” said Maurice E. Jenkins, executive vice president, UNCF. “Through events such as the inaugural New England “A Mind Is…” reception, we raised the resources our HBCUs need to do their invaluable work. We fund scholarships that narrow the gap between college costs and family resources. And together, we change the narrative of our HBCUs, which help strengthen and elevate a new generation of young, black and gifted students.

The event was made possible through the support from our community partners. Sponsors included Liberty Mutual Insurance, Payden & Rygel, TJX Companies Inc. and many others.

To view images from the event, visit UNCF.org/Boston.

For more information on how you can support the local office efforts in New England, call the UNCF Boston at 212.820.0153 or email Diego.Aviles@UNCF.org