Looks to Congress in Next Stage for HBCU Funding

President Donald Trump issued a budget, as required by law, and it funds many HBCU programs at the FY 2020 levels, setting up the congressional process to fund our federal government. While many on Capitol Hill say this budget is dead on arrival—like all in recent memory—UNCF notes provisions beneficial to Historically Black Colleges and Universities (HBCUs) as well as policies that should be improved as Congress develops its annual appropriations bills.  After all, those are the bills that will fund the federal government, fund programs which benefit HBCUs, and fund initiatives giving underserved students an opportunity to pursue higher education.

“When a President produces a budget, it is a statement of principles and priorities, not just facts and figures,” said UNCF President and CEO Dr. Michael L. Lomax. “While it is good that programs like Title III Strengthening HBCUs—the top ask of the HBCU community—and the deferment authority of the HBCU Capital Finance Program are funded in the budget at last year’s funding level, there are many instances where level funding is not enough for our institutions. UNCF intends to work with Congress to ask for increases in the coming year for Title III and other programs. We will also ask that programs that ensure education for first generation and low-income college students receive robust funding. We feel we owe it to those institutions and students we serve to make sure they have a seat at the table in Washington.”

“We turn our sights to Congress,” added UNCF Senior Vice President for Public Policy and Government Affairs Lodriguez Murray. “We will meet with the Members of the House and Senate and explain the needs of our whole sector and the students we produce. It’s up to our elected legislators now to produce appropriations bills that meet our needs. We thank the President for this opening salvo, but now it is time to show Congress why HBCUs are worth more of an investment now than ever before.”

“After the success of securing permanent funding for HBCU STEM programs via the FUTURE Act, passed and signed into law in December 2019, we see the President seeks to invest in HBCUs in Opportunity Zones. We welcome additional HBCU investment proposed in the budget, but we will have to study efforts to invest solely in the Zones. There are some HBCUs not in the Zones, and we want them to compete for new funding sources, also,” concluded Murray.

Of importance, the President’s budget includes: 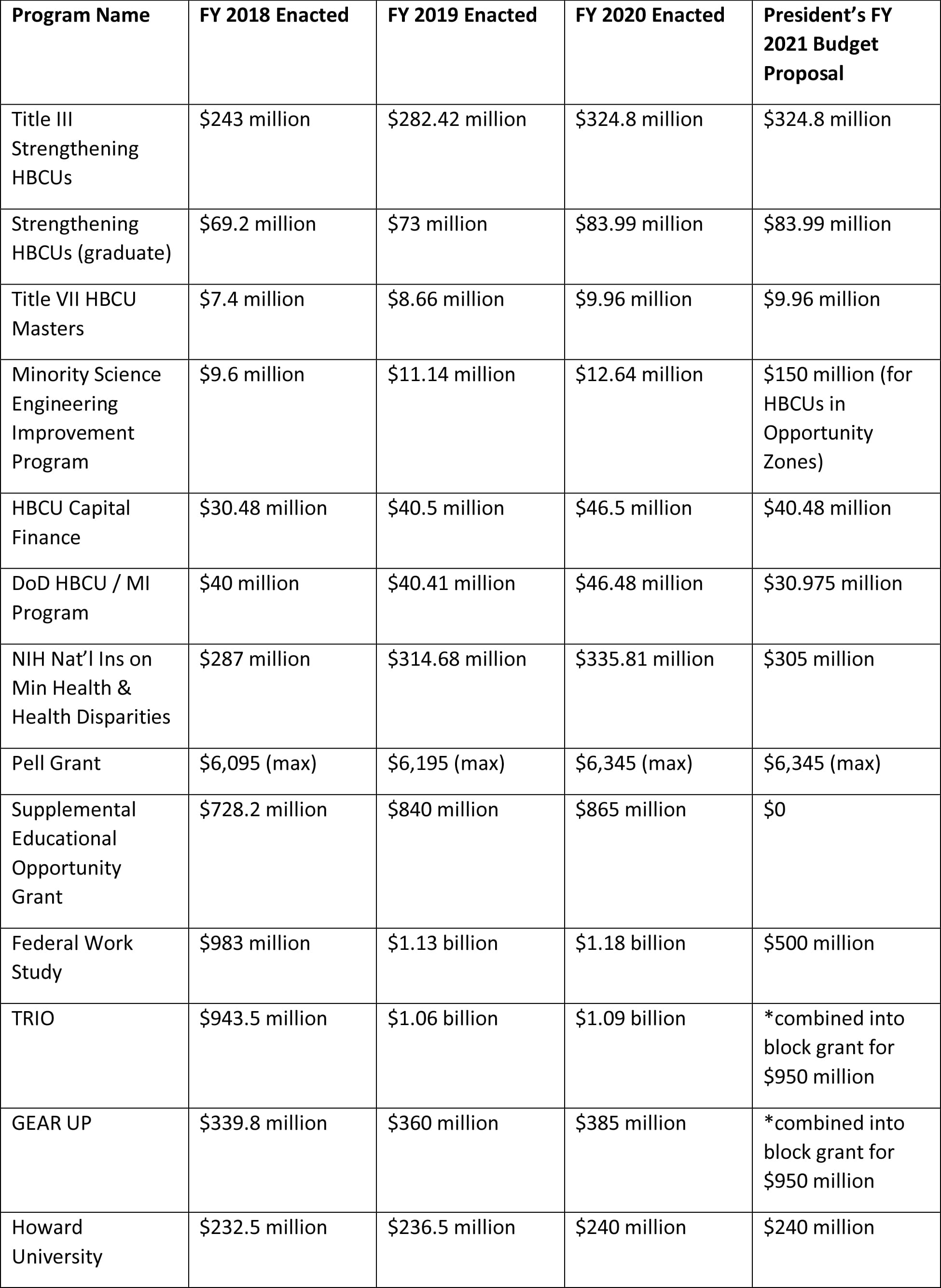