A Legacy of Education: Herbert Horner—From the “Greatest Generation” to Today’s HBCU Students

They call Johnnie Lester Seals Horner’s generation the “greatest generation,” the generation of Americans who won World War II, both on the battlefield and on the home front.

Economic hardship was severe in rural North Carolina in the 1920s, so Johnnie Seals was sent with her sisters to live with grandparents in Washington, DC. She was an excellent student who aspired to a college education, so she returned to her home state and enrolled in Shaw University, the first HBCU in the south (which would later become a founding member institution of UNCF).

After her freshman year of college, World War II broke out, and Johnnie Seals ended her college journey to return to Washington to support the war effort working for the United States War Department (now called the U.S. Department of Defense). She transferred to the Veterans Administration (the VA, now called the Department of Veterans Affairs), whose mission, in Abraham Lincoln’s words, was “to care for him who shall have borne the battle and for his widow, and his orphan.” She served at the VA for 35 years, during which time she married Herbert Horner and had a son, Herbert Horner, Jr.

Like his mother before, Herbert Horner, Jr., enrolled in an HBCU, UNCF-member Morehouse College, only to leave college early to follow in his father’s footsteps as a personal assistant to high-ranking Washington officials such as former Secretary of the Treasury James A. Baker and Dan Snyder, former owner of the formerly named Washington Redskins National Football League team. 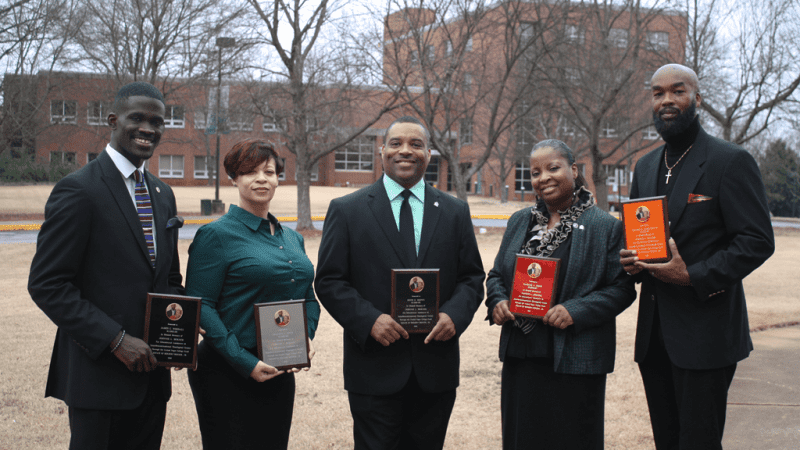 And, like his mother’s college dreams, Herbert Horner, Jr.’s HBCU educational aspirations had been deferred—but far from forgotten. The junior Horner included in his estate plan a gift of $205,411 to UNCF to be awarded as scholarships in the name of his mother to HBCU students. Thanks to his gift, 199 students at nine UNCF-member institutions were able to get the college education that had been lost to the Horners.

Candyce White, a student at the Morehouse School of Religion, was one of the deserving, talented recipients. “This UNCF scholarship has made a difference,” she said. The scholarship is a “tremendous blessing because it helps supplement tuition and the cost of living. I am so thankful and appreciative, and I will never forget the lifeline that this scholarship has given me.”

From the greatest generation to the current span of HBCU students, mother Johnnie Lester Seals Horner and son Herbert Horner, Jr., have left a long-sought-after legacy of education—a gift of impact to UNCF-supported students.