“When so many despair about a bleak future, this organization gives tomorrow’s great minds room to grow.”—George H.W. Bush

UNCF joins the nation and the world in reflection and celebration of the life and service of former President George H.W. Bush, our nation’s 41st president.

Since our founding in 1944, UNCF has received support from sitting and former presidents of all parties, including Roosevelt, Truman, Eisenhower, Kennedy and Carter, to name a few. Like others before him, George H.W. Bush was fully committed to UNCF’s mission to increase the number of African American college graduates and to preserve historically black colleges and universities (HBCU).

President Bush’s support of UNCF began long before his presidency. As an undergraduate student at Yale University in 1948, he was recruited by UNCF’s first executive director, William J. Trent, Jr., to lead Yale’s UNCF fundraising drives. He later became the Texas UNCF state chairman. In 1987, he donated the proceeds of his autobiography, Looking Forward, to both MD Anderson Medical Center and UNCF.

During his first year as president, Bush signed Executive Order 12677, which created the Presidential Advisory Board on HBCUs. The group’s goal was to strengthen HBCUs by advising the president and the U.S. Secretary of Education on best strategies to strengthen HBCUs.

In 1991, Bush and 50 governors urged Congress to fund matching grants for students at HBCUs. And for the first time in U.S. history, just one year later, Campaign 2000: An Investment in America’s Future was launched. The campaign also partnered with the U.S. Department of the Interior, which provided $20 million for historic restoration of buildings at 11 HBCUs. During the White House dinner celebrating Campaign 2000, Bush remarked, “I consider myself a part of this family and so does Barbara…. Barbara and I really believe in the United Negro College Fund, and we want to help in any way we can.”

UNCF and HBCUs continued to receive support and recognition from Bush long after his presidency. In 1994, Bush delivered the keynote address at UNCF’s 50th anniversary celebration. In the wake of Hurricane Katrina, both Bush and former president Bill Clinton partnered with UNCF to raise $20 million to support HBCUs damaged by the devastating storm.

The Bush family’s support of UNCF and HBCUs didn’t begin or end with President Bush. The Bushes have supported UNCF for three generations, starting with Bush’s father, U.S. Sen. Prescott Bush, who volunteered with and served as the Connecticut UNCF state fundraising chairman. Jonathan Bush, the former president’s brother, served as UNCF National Special Gifts Chairman from 1983-1985 and was elected to UNCF’s Board of Directors in 1985, and led a UNCF capital campaign. In 2002, President George W. Bush appointed UNCF President and CEO Dr. Michael Lomax to the President’s Board of Advisors on HBCUs. Former Florida Governor, Jeb Bush served as State Chairman and keynote speaker during UNCF’s 60th anniversary. And just last month at the annual Houston UNCF “A Mind Is…” Gala, UNCF presented Neil and Maria Bush, the son and daughter-in-law of the former president and long-time education advocates, with its Excellence in Education award.

UNCF is grateful for the unwavering commitment to higher education that former President George H.W. Bush showed us throughout his lifetime. We commend his service, his dedication and his devotion to help all American students, particularly ours, become college graduates. 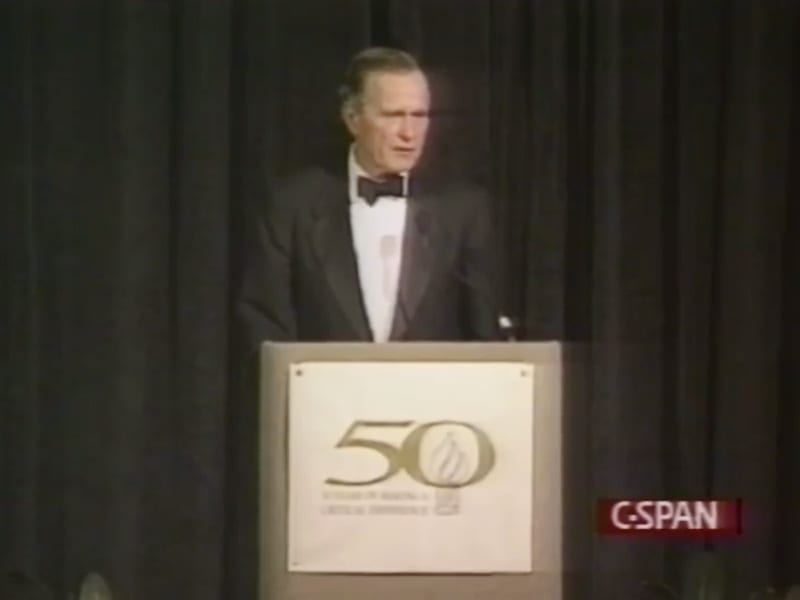 About UNCF
UNCF (United Negro College Fund) is the nation’s largest and most effective minority education organization. To serve youth, the community and the nation, UNCF supports students’ education and development through scholarships and other programs, supports and strengthens its 37 member colleges and universities, and advocates for the importance of minority education and college readiness. UNCF institutions and other historically black colleges and universities are highly effective, awarding 21 percent of African American baccalaureate degrees. UNCF administers more than 400 programs, including scholarship, internship and fellowship, mentoring, summer enrichment, and curriculum and faculty development programs. Today, UNCF supports more than 60,000 students at over 1,100 colleges

The former First Lady had a strong, long, and endearing relationship with the Historically Black Morehouse School of Medicine in Atlanta