Wings Scholars Program in the News 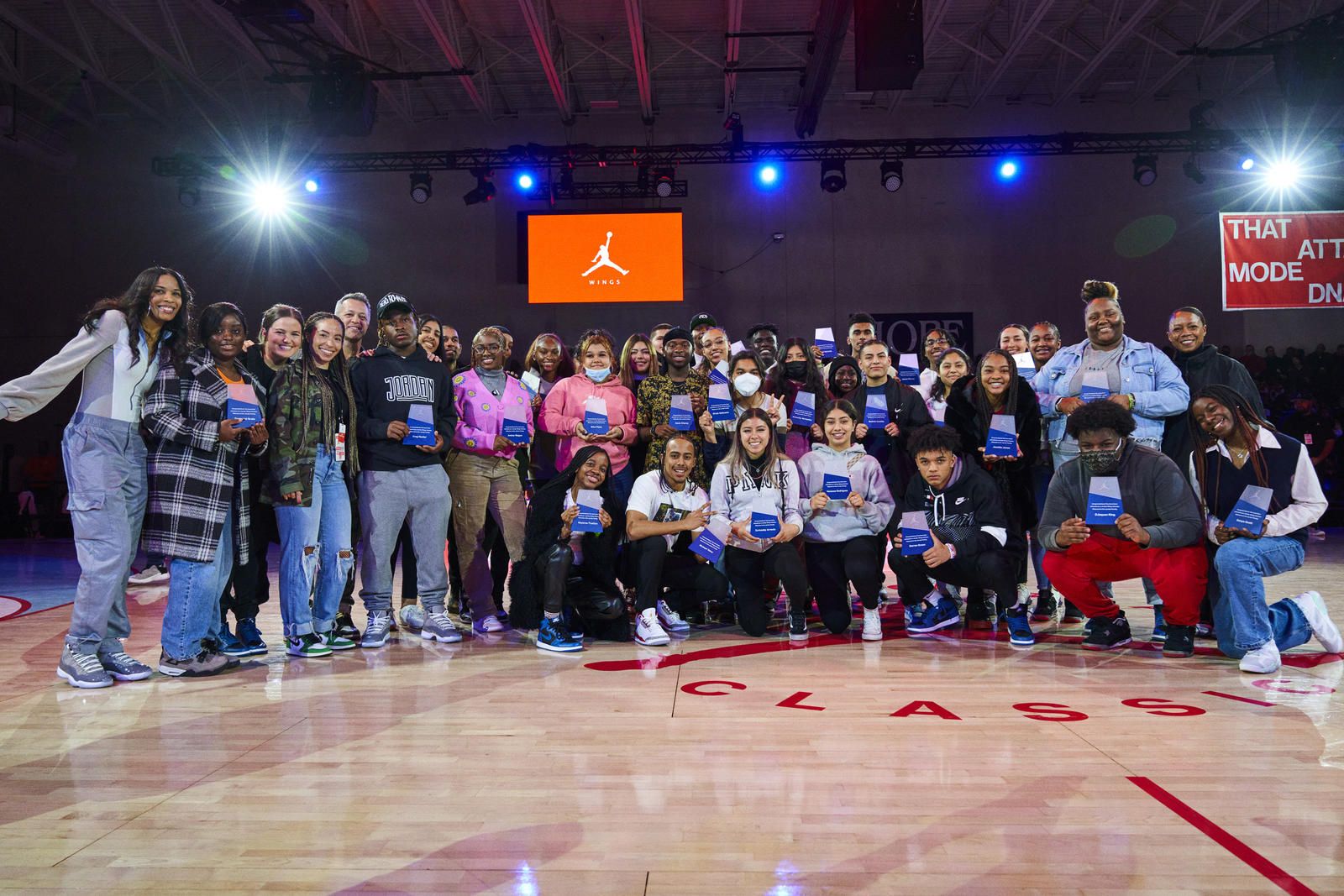 Winston-Salem Journal: Michael Jordan scholarship sends student to WSSU tuition-free (3/6/19)
After applying for 35 college scholarships, Javondre Cole didn’t expect it would be a shoe box that would change his life. Last summer in a gymnasium filled with his cheering peers, Cole was handed a simple blue box emblazoned with the word “Wings.” Inside the box was a certificate, signed by former UNC and NBA basketball star Michael Jordan, notifying Cole that he had been granted a full scholarship to the university of his choosing. >> Read More

The Undefeated: Jordan Brand’s Wings Scholars on the life-changing moment they received their full non-athletic scholarships (6/18/18)
On an early June day, as the academic calendar drew to a close and graduation neared, Cyrus Harden decided to leave school a little early. His plan: Change clothes and walk over to one of his part-time jobs to put in some extra hours. College was on the horizon for Harden, so he could certainly use some extra money. >> Read More

The Undefeated: Jordan Brand Is Giving Kids Full Rides To College—No Basketball Experience Needed (4/25/18)
Rozzie Cribbs never thought he’d make it to the promised land. Growing up on the South Side of Chicago, the idea of being a full-time student on the campus of a four-year university was a seemingly unattainable goal. He hadn’t seen many kids like him ever reach it — and not for a lack of trying. For some, life circumstances simply dictated the mindset. “I wasn’t really thinking about college,” said Cribbs. >> Read More