Every year UNCF raises funds to empower thousands of deserving students to earn college degrees at their national A Mind Is…® Gala. Last Thursday, all 37 presidents of UNCF–member colleges and universities, civic leaders and national celebrities dined and celebrated at the Marriott Wardman Park Hotel grand ballroom in Washington, DC. 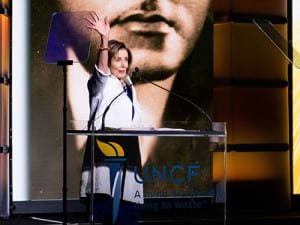 Special guest Nancy Pelosi, Speaker of the United States House of Representatives shared some words of appreciation prior to the event in honor of U.S. Rep. James Clyburn and civil rights icon Rep. John Lewis, who both were awarded the UNCF Frederick D. Patterson Award, recognizing their courageous sacrifices and steadfast commitment to serve the country.

“It is a great honor to join the friends and leaders of UNCF to recognize two of our nation’s most extraordinary civil rights champions, Whip James Clyburn and the Conscience of the Congress, Congressman John Lewis, in this year that marks 55 years since the march from Selma,” said Pelosi.

“As we observe this milestone and celebrate 76 years of UNCF’s outstanding success, we must all recommit to the fight to expanding opportunities and advancing justice for communities of color and for all Americans, and to building the more perfect union that generations of courageous Americans have sacrificed to build.” 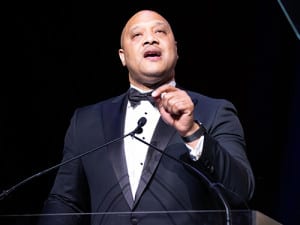 Actress and producer Lynn Whitfield graced the stage as host for the evening. DC’s own Mayor Muriel Bowser served as honorary gala chair for the event. 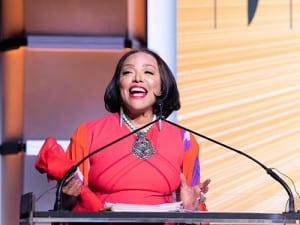 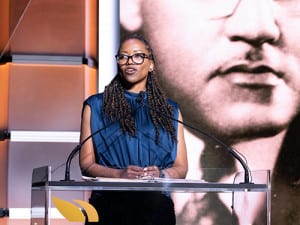 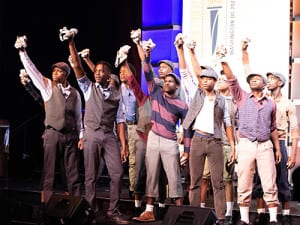