Speaker of the United States House of Representatives Nancy Pelosi (D-CA) will attend the UNCF (United Negro College Fund) “A Mind Is…”® Gala, set for 6 p.m., Thursday, March 5 at the Marriott Wardman Park Hotel in Washington, DC. Pelosi and nearly 1,200 guests are expected to attend the fundraising event, marking 76 years since UNCF’s founding. The gala will include dignitaries, civic leaders, foundations, corporations and historically black colleges and universities’ (HBCUs) alumni, among others, all coming together to empower thousands of deserving students to earn college degrees. UNCF is the largest and most effective minority education organization, empowering more than half a million students to graduate from college since it was founded in 1944.

Two leaders who began as student activists and now serve in the highest levels of our representative democracy will receive the UNCF Frederick D. Patterson award, the highest award that UNCF bestows, for their life’s work: Rep. James E. Clyburn (D-SC), Majority Whip of the U.S. House of Representatives, and Rep. John Lewis (D-GA), Chief Deputy Whip and a graduate of UNCF-member HBCU Fisk University. 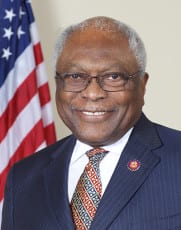 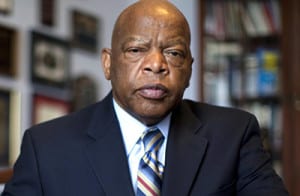 “It is a great honor to join the friends and leaders of UNCF to recognize two of our nation’s most extraordinary civil rights champions, Whip James Clyburn and the Conscience of the Congress, Congressman John Lewis, in this year that marks 55 years since the march from Selma,” said Speaker Pelosi. “As we observe this milestone and celebrate 76 years of UNCF’s outstanding success, we must all recommit to the fight to expanding opportunities and advancing justice for communities of color and for all Americans, and to building the more perfect union that generations of courageous Americans have sacrificed to build.”

“UNCF exists to support our member HBCUs,” said UNCF President and CEO Dr. Michael L. Lomax. “We can do the work of raising funds to support them because the graduates so often go on to do the most amazing things. Look no further than the life-changing careers of Fisk University’s Rep. John Lewis and South Carolina State University’s Rep. James Clyburn. We welcome Speaker Pelosi to our 76th anniversary gala this year to give both of these leaders the recognition that they so rightfully deserve for all they have done—and will continue to do!”

To make a donation or for sponsorship or event ticket information, please contact Harry Christian at Harry.Christian@UNCF.org or call 202.810.0333.

About UNCF
UNCF (the United Negro College Fund) is the nation’s largest and most effective minority education organization. To serve youth, the community and the nation, UNCF supports students’ education and development through scholarships and other programs, supports and strengthens its 37 member colleges and universities, and advocates for the importance of minority education and college readiness. UNCF institutions and other historically black colleges and universities are highly effective, awarding nearly 20 percent of African American baccalaureate degrees. UNCF administers more than 400 programs, including scholarship, internship and fellowship, mentoring, summer enrichment, and curriculum and faculty development programs. Today, UNCF supports more than 60,000 students at over 1,100 colleges and universities across the country. Its logo features the UNCF torch of leadership in education and its widely recognized trademark, ‟A mind is a terrible thing to waste.”® Learn more at UNCF.org or for continuous updates and news, follow UNCF on Twitter at @UNCF.