UNCF President and CEO Dr. Michael Lomax and five other influential African Americans are the namesakes of new endowment scholarships from Peyton Manning’s PeyBack Foundation. Recipients are HBCUs in Louisiana, Manning’s home state, and Tennessee, where he attended college. 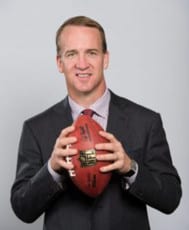 Endowed scholarships have been established at these HBCUs:

“I am humbled to be named in an all-star line-up of HBCU sports legends and academics who have contributed significantly to the Black higher education experience. Thank you, Peyton and Ashley Manning, and the PeyBack Foundation, for endowing a scholarship in my name. There is no higher honor than enabling a cohort of Dillard University students to realize their dreams of a college education.”

The median endowment for a four-year HBCU is approximately $15.7 million. The combined endowments of all HBCUs is $3.8 billion. No HBCU endowment ranks in the top 150. “All of our HBCUs deserve investment. For our schools to be even stronger, we need a significant infusion of capital,” Lomax added. “In recent months, significant gifts from athletes, entertainers and philanthropists including Patty Quillin and Reed Hastings, Michael Bloomberg, and Martha and Bruce Karsh have inspired others to give to a vital American academic and economic engine – our HBCUs. This scholarship is an important contribution to ensuring better futures for our Black students at our HBCUs.”

About UNCF
UNCF (United Negro College Fund) is the nation’s largest and most effective minority education organization. To serve youth, the community and the nation, UNCF supports students’ education and development through scholarships and other programs, strengthens its 37 member colleges and universities, and advocates for the importance of minority education and college readiness. UNCF institutions and other historically black colleges and universities are highly effective, awarding nearly 20 percent of African American baccalaureate degrees. Today, UNCF supports more than 60,000 students at more than 1,100 colleges and universities across the country. Its logo features the UNCF torch of leadership in education and its widely recognized motto, “A mind is a terrible thing to waste.”® For continuous updates and news, follow UNCF on Twitter at @UNCF.