After a rigorous selection process, the family of the late actors and activists Ossie Davis and Ruby Dee and UNCF (United Negro College Fund) have announced Ms. Jade Allen as the recipient of the Ossie Davis Legacy Scholarship. Allen is a senior Communications major at [UNCF-member institution] Lane College, a historically black college located in Jackson, Tennessee. She is currently the highest ranking senior in her graduating class and maintains a 3.9 GPA. In honor of Mr. Davis’ 100th birthday, Allen is acknowledged as the scholarship’s Centennial Scholar.

“Thank you for awarding me the ​Ossie Davis Legacy Scholarship. I am sincerely grateful for this award because it gives me the opportunity to further my education in my field of study without the worry of financial burdens,” recipient Jade Allen said through a statement. Allen completed her first film, My Father’s Grass, a documentary, and plans to continue creating biopics that highlight a myriad of world cultures. 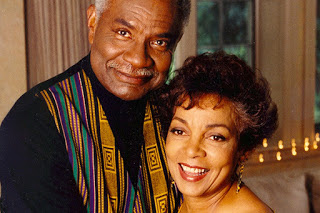 Established by the Dee-Davis children (Nora Davis Day, Guy Davis, Dr. Hasna Muhammad) along with close friends of Mr. Davis, the scholarship has awarded four students with scholarships totaling over $60,000 since 2007. The merit based scholarship is awarded to a deserving African American student currently enrolled at a select UNCF member institution; pursuing a degree in African American Studies, Communications, Education, Fine Arts, Humanities, Performing Arts, Political Science, Social Science, Theater Arts/Drama or Visual Arts. Notably, past recipients of the award include a graduate from Clark Atlanta University majoring in Mass Media Arts and minoring in Theater with a concentration is in Radio, Television and Broadcast Journalism; and a graduate of Spelman College, who is currently a teacher with Teach for America and pursuing a Juris-Doctorate Degree at Georgetown Law.

“Now more than ever, it is imperative that young people of color arm themselves with the necessary tools to confront and combat many of the same social injustices and biases faced by our parents. And we are humbled by the generous contributions to the Ossie Davis Endowment that makes this scholarship possible. The heart of the Ossie Davis Legacy Award is to ease financial barriers for that African American student who is on his or her path to higher learning,” stated by the Dee-Davis children.

“Each year we are amazed by the academic success displayed by the Ossie Davis Scholarship applicants and we look forward to following Jade and prior recipients’ achievements throughout their college careers and beyond,” commented UNCF President and CEO Dr. Michael Lomax. “Ossie Davis and Ruby Dee were torchbearers for truth, black culture, civil rights equality and the arts – among other causes. We are thankful the Davis family entrusts UNCF with awarding dynamic students year after year to fulfill their dreams of a college education.”

Ossie Davis was a well-read thinker, communicator, humorist and humanist who influenced society and cared deeply about the world, the people, and his family.  His pivotal contributions to the civil rights movement and his unwavering focus on the transformation of lives should never be forgotten. Whether on a Broadway stage, the silver screen or lending their voices at political rallies, Davis and his beloved wife Ruby Dee were ardent humanitarians who were committed to effect change. Hence, their commitment to the education of our youth and their wholehearted belief that “A mind is a terrible thing to waste.” ® Today, their legacies continue. Most recently, filmmaker and philanthropist Tyler Perry of Tyler Perry Studios unveiled the Ruby Dee and Ossie Davis Soundstage.

To learn more about the extraordinary life of Ossie Davis, visit ossieandruby.com.