UNCF’s vice president of public policy and government affairs was recently highlighted in the June 2019 issue of “We are Morehouse Magazine,” the alumni publication of the UNCF-member institution Morehouse College.

In a 20-minute span of time, Lodriguez Murray ’04 has spoken to seven college presidents and two members of Congress. If I hadn’t watched it happen myself, I might not believe it, but I did. This isn’t a typical day, but when you’re the vice president for government affairs for the United Negro College Fund, nothing is ever really ’ordinary’. Working closely with Secretary of Education Betsy Devos, members of Congress as well as HBCU presidents, Murray and UNCF CEO Michael Lomax ’68 secured funding for a dozen HBCUs at a critical time in their fiscal history.

The story of how this former Legislative Aide, a first generation high school and college graduate, became the youngest VP in UNCF history is an interesting one, and more telling is how he’s gained the trust of DC power brokers and luminaries as diverse as Ted Kennedy to John Boehner to Valerie Jarrett, all while maintaining an impeccable reputation. 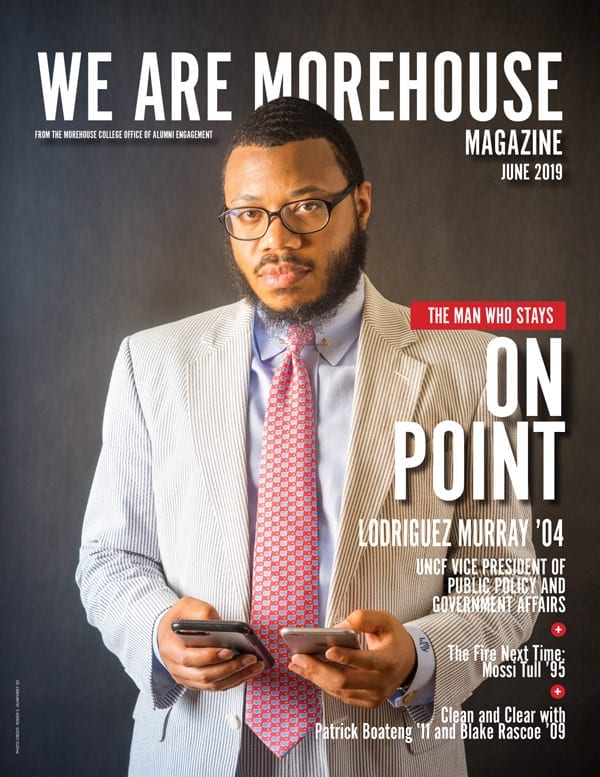