In light of America’s massive student loan debt crisis, which has ballooned to a whopping $1.5 trillion, Morehouse College announced a new program designed to help relieve the burden of debt for its graduates. [Morehouse College is a UNCF-member institution.]

According to UNCF, 80% of HBCU students use federal loans to fund their education, compared to 55% of their peers at other private and state institutions. HBCU graduates also borrow nearly twice as much than non-HBCU students, while 1 in 4 HBCU students borrow at least $40,000 to attend college. At Morehouse, the average graduate owes between $35,000 and $40,000 in student loans. 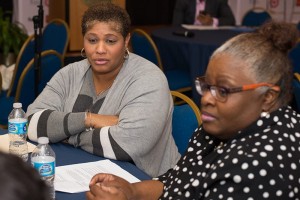 To help offset the stress of student debt on alumni, Morehouse is launching a funding initiative that will solicit and accept donations made specifically to reduce or eliminate the student loan debt of Morehouse Men. The goal of the Morehouse College Student Success program is to give grads greater financial freedom and the opportunity to pursue advanced degrees, start careers, and build wealth.

The program, which was established by the HBCU’s Board of Trustees, will also function as a fund-raising and research initiative that will study the impact of the cost of higher education on Morehouse Men compared to the freedom that alumni experience in their careers when their student loan balances are paid in full or reduced.

“The Morehouse College Student Success Program will provide students with a liberating gift that will wipe away or greatly reduce their student loans, allowing them to pursue their dreams and lead lives of leadership and service immediately after graduation,” said David A. Thomas, president of Morehouse College, in a statement. “We, at Morehouse, see the Student Success Program as an important step toward improving outcomes for our graduates and addressing the income disparities that people of color experience when they are overburdened by debt.”

UNCF officials applauded Morehouse’s Student Success Program as a potential model for other HBCUs and liberal arts institutions. “Morehouse’s program to provide debt relief to new graduates is a fund-raising opportunity that should be studied and duplicated nationally,” said UNCF president and CEO Michael L. Lomax. “The impact of such a gift, particularly for minority or economically disadvantaged families, could accelerate the growth of a more diverse and robust middle class.”

The new program comes months after black billionaire Robert F. Smith, the CEO of Vista Equity Partners, committed to donating $40 million to pay off the student debt of the entire Morehouse 2019 graduating class. “My family is going to create a grant to eliminate your student loans,” Smith said in May at Morehouse’s commencement ceremony. “You great Morehouse men are bound only by the limits of your own conviction and creativity.”

This article by Selena Hill originally appeared in Black Enterprise.