Where We’ve Been, Where We’re Going: A Timeline of HBCU Development

Between its origins and the state of HBCUs today, the development of higher education for African Americans is a long and rich history. Some key events, however, stand out as critical points of growth and change. Though the path was fraught with challenges, we’ve seen massive triumphs along the way. At UNCF, we’re proud to have played a part in this success story.

From its beginnings, American higher education was deeply entrenched in racism. Curricula supported slavery, and campuses used slave labor. In the South, legal segregation prevented black students from attending colleges and universities. Northern schools used quota systems to limit the number of black students who could attend. There was no structured higher education system for black students prior to the Civil War, when education of freed slaves began in Union Army encampments. Later, Northern religious societies sent white and black missionaries to the South to start schools.

Cheyney University of Pennsylvania, the oldest HBCU still in operation, was founded in 1852. Around this time, HBCUs became the primary means of providing postsecondary (and, often, primary and secondary) education to black Americans. The Second Morrill Act in 1890 required states with racially segregated public higher education systems to provide a land-grant institution for black students whenever a land-grant institution was established exclusively for white students. Eventually, 16 black institutions were designated as land-grant colleges.

With $1.50 and five students, Mary McLeod-Bethune opened a vocational school in 1904, later to become Bethune-Cookman College in Daytona Beach, FL. In the time surrounding WWI and WWII, a second generation of black college graduates emerged. For the first time, many black colleges had black presidents.

In 1943, Frederick D. Patterson wrote a letter to The Pittsburgh Courier proposing the creation of an alliance of black colleges that would raise money for their mutual benefit. Inspired by this vision, UNCF was founded in 1944 with 27 member colleges and universities serving 12,000 students.

Over 120,000 students had graduated from UNCF-member institutions by 1972. It was in this year that UNCF Executive Director Vernon Jordan launched “A mind is a terrible thing to waste.”® In 1980, President Jimmy Carter signed an executive order establishing a federal program to strengthen HBCUs. President Reagan established an initiative in 1981, which made expanding on the previous program a government-wide effort. 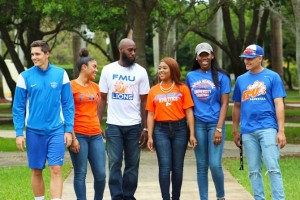 Since 2004, Dr. Michael L. Lomax has been president and CEO. As the nation’s largest private scholarship provider to students of color, UNCF awards more than $100 million in scholarships to more than 10,000 students at more than 1,100 schools each year, including our 37 member institutions. In total, we’ve more than raised $5 billion to help nearly half a million students earn college degrees. However, we can still only help one in 10 students that apply for financial help. We need your support!

As we look back on the challenges we’ve overcome and the progress that we’ve made, we look forward to growing in the years to come. It is our mission, as always, to equip more students seeking a quality education and a fulfilling life. We hope you’ll join us in supporting the nation’s HBCUs by donating to UNCF. With the help of our supporters, we’ll continue to make history.

Do you believe in the importance of this work? Join us.