Tuskegee University is a national, independent, and state-related institution of higher learning that is located in Alabama. The university has distinctive strengths in the sciences, architecture, business, engineering, health and other professions, all structured on solid foundations in the liberal arts. Programs focus on nurturing the development of high-order intellectual and moral qualities among students and stress the connection between education and the highly trained leadership Americans need in general, especially for the work force of the 21st century and beyond. 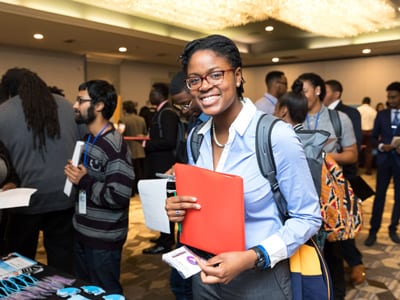 UNCF offers hundreds of scholarships for students in this college and others. Find yours today. 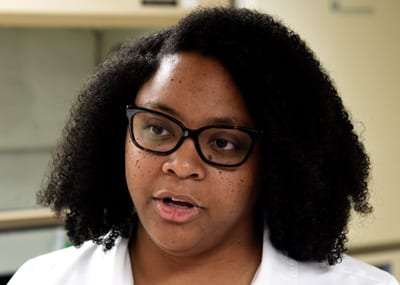 Student Kiara Cousin explains why she chose the Tuskegee University College of Veterinary Medicine for her education in Tuskegee, Ala. (Photo by Mark Almond)

Birmingham Times: The Tuskegee University Family: A Network of Success

Kaitlynn Pfeiffer, a first-year student at the Tuskegee University College of Veterinary Medicine (TUCVM), knew there was something special about the institution during an early visit. “When I was here on the day of the interview [for vet school], it was like being welcomed to your family’s living room,” she said. “It was just a very family-friendly atmosphere and somewhere you knew you would be able to thrive as a student.” Pfeiffer, who is from Syracuse, N.Y., has been able to thrive because of the school’s support network. >>Read More

My professors don’t teach because it’s their job, they do it because they care and want you to learn and succeed. It’s very obvious.