Barbara A. Boyd, a longtime UNCF volunteer and advocate, has been doing everything she can for almost 50 years on behalf of UNCF’s mission in Indianapolis to help enlighten the Hoosier state about the plight of deserving students of color and the needs of historically Black colleges and universities. Still walking in her signature three-inch heels at 92-years-young and going strong in support of UNCF’s mission in Indianapolis, Boyd lends her name and voice often to help UNCF in any way she can across the state of Indiana and across the United States.

In 1969, Boyd became the first African American female reporter and news anchor in Indiana for WRTV television station, where she became a household name and role model—especially for the African American community—until her retirement in 1994. As a WRTV news anchor, for years Boyd was a key host along with Radio One talent Amos Brown and well-known Indiana designer Alpha Blackburn for UNCF’s annual national fundraising telethon, “A Parade of Stars.”

WRTV was the first television station to broadcast UNCF’s national fundraiser with Boyd as the station host, eventually transitioning to the Madam CJ Walker Theater where the community responded with excitement and purpose by donating hundreds of thousands of dollars in support of UNCF. When the localized version of the national telethon ended in the early 2000s, Boyd continued to lend her voice and advocate for the work and mission of UNCF across Indiana. She supported the Indianapolis UNCF Mayor’s Masked Ball as emcee, recorded radio PSAs and television vignettes and was the mistress of ceremonies at a statewide event—each time always telling UNCF’s impact story. Who better to lead the charge for UNCF in Indiana than a passionate former journalist who has always given her time, talent and treasures to make a difference in the lives of students and the community from which they come?

“This is the reason that at 92 years young, I am committed more than ever to ensuring our future leaders can achieve their dream of going to and through college because of UNCF,” Boyd explains. 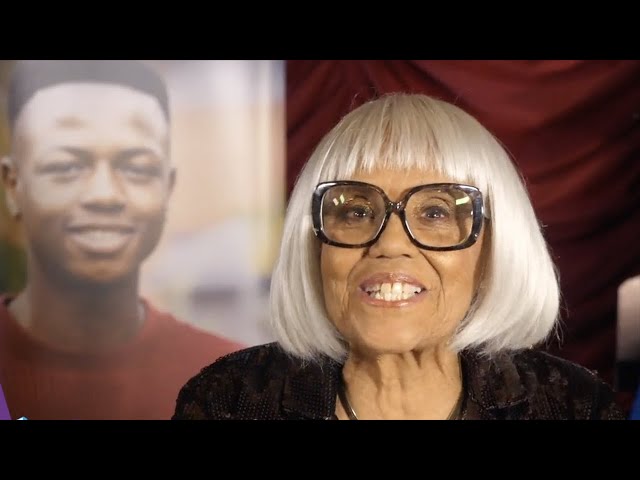 As an active member of the UNCF Indianapolis Leadership Council, you can still see Barbara Boyd at local radio station community events, dancing and “friend-raising” for UNCF, encouraging others to continue to join and support the cause.

So, THANK YOU, Barbara Boyd for all that you continue to do to inspire not only students, but all that have had the pleasure of meeting you and getting to know you. After nearly 50 years of volunteer support and giving back, we know you truly live your life by helping us Invest in Better Futures®. We hope many more follow your lead, and get inspired to make real a difference in the lives of others!