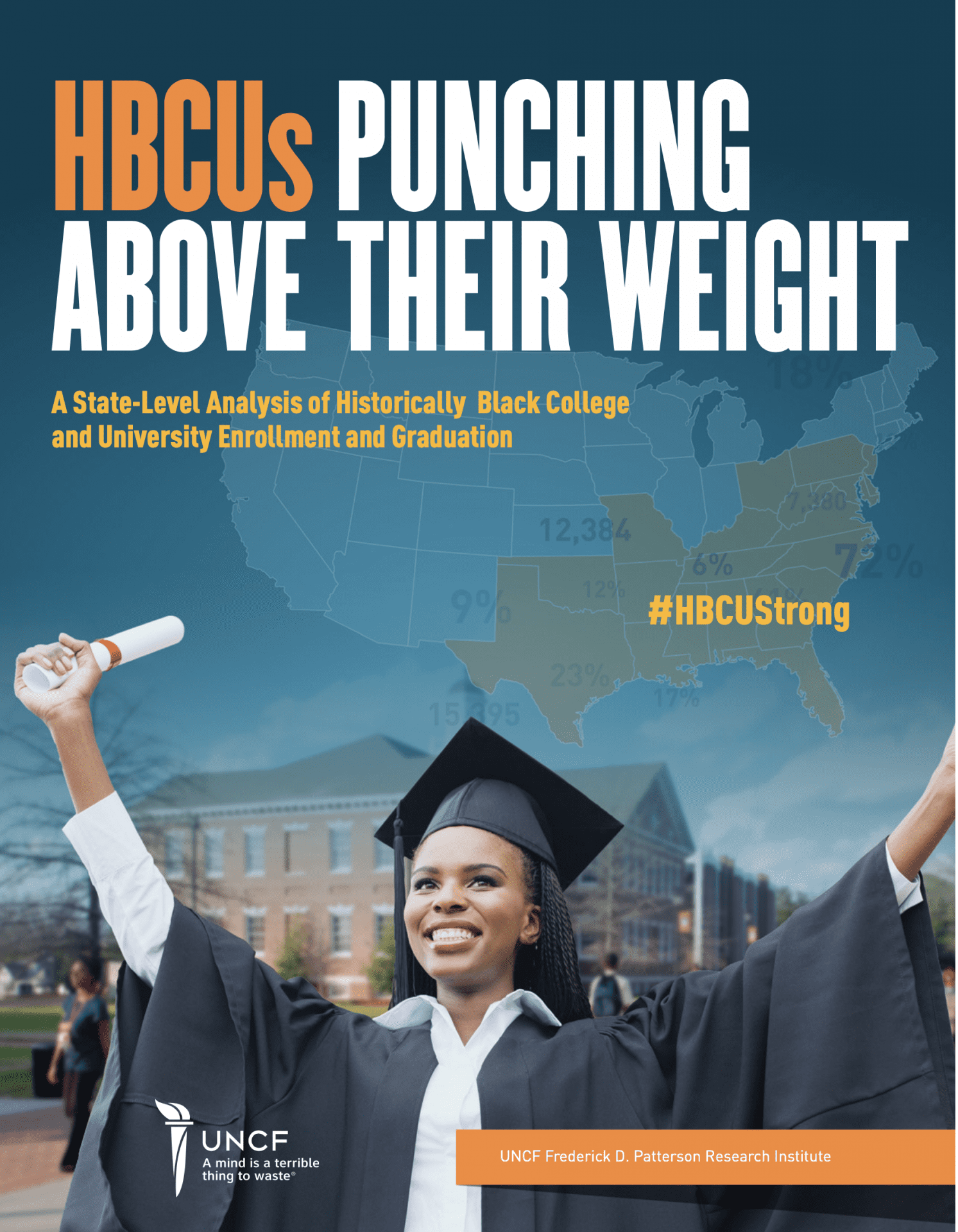 Research is often thought of as a dry topic, but for UNCF, it has often the basis of how the organization moves mountains. How UNCF is able to inform public policy, shape funding pitches great and small or urge private donors to invest in the needs of historically Black colleges and universities (HBCUs) is dependent on factual, in-depth information provided through the solid study of the African American educational landscape. But, much like other areas touching the Black experience, the depth of research on African American higher education has often been found to be fairly shallow over the years.

To remedy this, UNCF created the UNCF Frederick D. Patterson Research Institute (FDPRI)—named for the founder of UNCF and former Tuskegee University president—in 1996, producing significant outcomes during its 20-plus years of work.

“We believed that UNCF needed to have its own research authority,” said Dr. Michael L. Lomax, UNCF’s president and CEO. “When I arrived here in 1994, I made establishing the Frederick D. Patterson Research Institute a top priority because having our own team of dedicated researchers to understand and author the data on how African American students and our HBCUs perform is vital to improving the problems for our community and constituents.”

While FDPRI has produced analysis, reports and other publications that have helped to shift the HBCU narrative and convey UNCF’s impact on its students and other stakeholders, it has always been limited in what it could do and more work remains. The Institute, relying on a small, highly focused staff, has had to punch above its weight, much like the HBCUs it works to defend, never having more than four employees at any one time.

But thanks to funding from the Bill and Melinda Gates Foundation and partnering internally with UNCF’s Institute for Capacity Building (ICB), FDPRI’s staff has expanded over the past year. This partnership, via a major grant program, has deeply integrated the work of FDPRI and ICB in a complimentary manner that allows each team to provide source material for the other. The partnership has also provided grant support—literally a force multiplier—that allowed FDPRI to expand its staff and, subsequently, its impact across UNCF. This was evidenced through the launch of a major research initiative entitled, “The HBCU Effect,” a website platform and framework to convey the HBCU value proposition more powerfully through research and evidence.

Dr. Lomax, seeing the progress of this landmark and looking to its future, sums up the FDPRI mantra. “As the 25th anniversary of the Frederick D. Patterson Research Institute nears, the team has never been stronger and has great plans ahead. We wanted to be THE authority for African American higher education data, and I think we’ve certainly moved the needle in that direction.”