When UNCF and The Fund II Foundation partnered in 2016 to create the UNCF STEM Scholars Program, the primary goal was to provide support to 500 of the country’s top African American rising freshmen and see them through to graduation. The students served would be part of a robust pipeline of African American scholars that would be equipped and well-prepared for demanding careers in the science, engineering and technology industries.

Four years later, the first group of 100 students has produced 71 graduates to date (with 14 still enrolled), a rate of nearly 86%—an outstanding number by any measure!

“We are amazed by the outcomes of this program,” said Dr. Michael L. Lomax, president and CEO, UNCF. “Thanks to the Fund II Foundation, our next generation of African American doctors, nurses, scientists, engineers and technologists have a head start that truly makes a difference. That’s an impact we need more of, and we thank Fund II for providing.”

Thanks to a generous $48 million donation from the Fund II Foundation, the program provides scholarships enabling students to worry less about student debt and the ability to spend more time on their studies as a result. The program also provides intensive extra-curricular education and mentoring opportunities including exclusive internship opportunities through the foundation’s “InternX Platform.” Selected students are highly motivated, advancing their educations thanks to the generosity of the Fund II Foundation.

Fund II Foundation Co-Founder Robert F. Smith and Foundation Executive Director Linda Wilson have led the charge through UNCF on changing the lives and trajectory of African American students. Firm in their belief that more Black Americans needed to make their contributions to the high-demand, high-paying careers of the future, the UNCF STEM Scholars Program celebrated the graduation of its first cohort in Spring 2020. 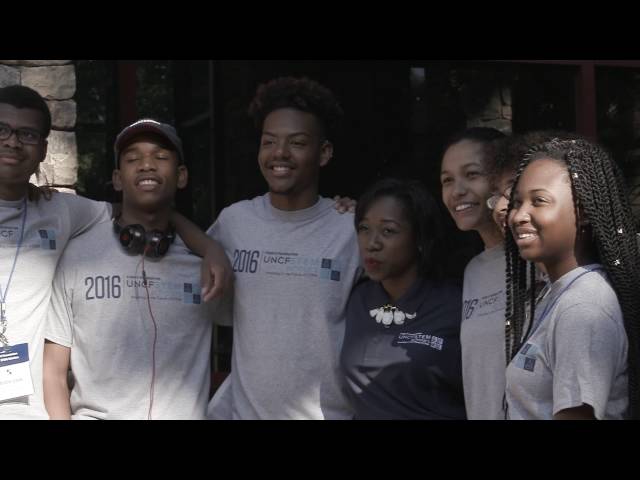 One of the talented students from the first group of UNCF STEM Scholars enrollees was Jonathan McKinley. McKinley graduated May 2020 from Florida Agriculture and Mechanical University with a degree in computer science. He is now a cloud fusion developer for American Airlines. “The UNCF STEM Scholars Program changed my life,” said McKinley. “It opened a world of four hundred high-achieving scholars that looked just like me. We truly are one family. Each of us, in our own way, want to change the world. The program team and Ms. Linda really make you believe that you can do anything that you truly set your mind to. They help us see artificial limits, like imposter syndrome, that we may have placed on ourselves as imaginary. That’s powerful and liberating!”

Gygeria “Gg” Manuel is another recent graduate from the first class of the UNCF STEM Scholars Program. Manuel recently completed her degree in biology at Spelman University. She is now a first-year medical student at Morehouse School of Medicine and once finished there, is headed to a dual doctoral studies program from a top-tier university in the Pacific Northwest. “I’ve always had a dream of becoming a doctor,” said Manuel. “The UNCF STEM Scholars Program empowered me with confidence throughout my undergraduate studies. Their wrap-around support services made sure that I was prepared for my rigorous education. But more importantly, they opened a world of other Black scholars that became my family of a lifetime.”

Because of the foresight of and an investment from the Fund II Foundation, students like Jonathan and Gg can both look forward to better futures. And, that’s an impact that pays dividends for all of us.