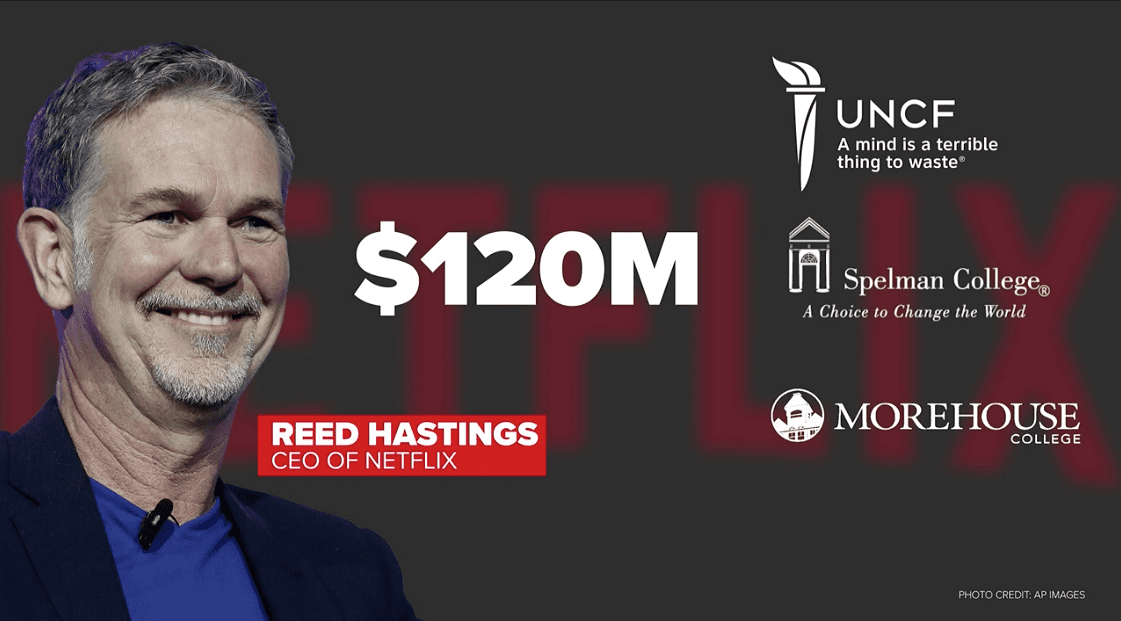 Higher-education institutions, especially HBCUs, faced a seemingly insurmountable task during the pandemic to continue educating students and keep their doors open. HBCUs, with average endowments 70% smaller than those of other schools, did not have the safety net to confidently weather the storm.

In response, donors who were aware of the vital role of HBCUs sparked a historic groundswell of financial support. Patty Quillin and Reed Hastings provided a $120 million gift—the single largest philanthropic investment in HBCU history at that time—to UNCF, Spelman College and Morehouse College.

This gift marked a turning point in giving to HBCUs, leading other donors to step up. MacKenzie Scott provided more than half a billion dollars to a group of HBCUs. Bloomberg Philanthropies announced $100 million in funding to four Black medical schools: Meharry Medical College, Howard University College of Medicine, Morehouse School of Medicine and Charles R. Drew University of Medicine and Science. And the Community Foundation of Greater Memphis committed $40 million for LeMoyne-Owen College, a private HBCU and UNCF member. These gifts were accompanied by millions of dollars in donations from hundreds of corporations, foundations and individuals.

UNCF worked tirelessly on behalf of HBCUs to raise awareness and increase financial support. In 2021, UNCF fundraising exceeded $257 million—a remarkable amount of philanthropy that supported our students and fortified our member HBCUs. These gifts were largely responsible for enabling students to stay enrolled during the pandemic. They also amplified UNCF’s ability to challenge norms and overcome systems that create educational barriers for Black students and the HBCUs that serve them.