Changing of the Guard: Learning and Leading A New Group of Presidents Taking Over UNCF-Member HBCUs 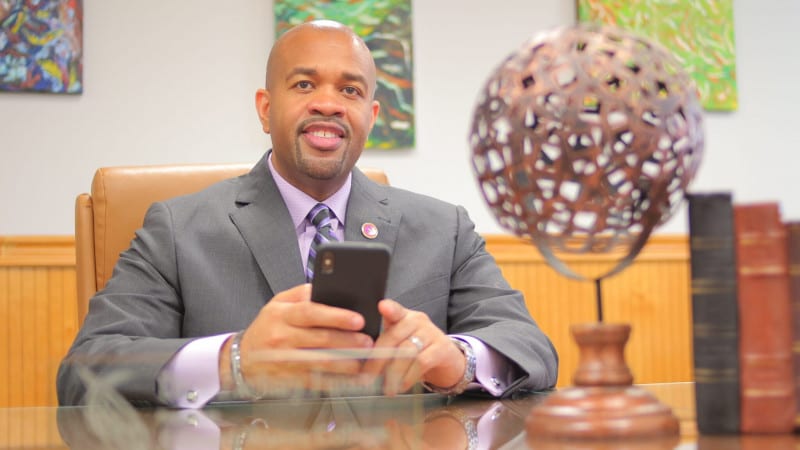 Impact is important for UNCF’s member presidents. And ensuring you leave your institution stronger than when you arrived is vital to every president, especially those that lead historically black colleges and universities (HBCUs). A number of presidents of UNCF’s HBCUs have been leaving through retirement recently, and a new generation of leaders are stepping up to the plate, continuing to advance our institutions.

Many of the younger presidents see their youth as an advantage to on-campus leadership, yet still believe it’s critical to continue to receive the mentorship and counsel from the seasoned UNCF-member presidents.

Dr. A. Zachary Faison, Jr., the 39-year-old president of Edward Waters College in Florida, says being closer to his students’ age gives him at least one benefit that many of his counterparts haven’t been able to enjoy. “As a millennial born in the 1980s, my generation—and now the post-millennials that are our current students—are largely de­fined by a desire to ‘be heard’ and feel ‘understood’ in terms of their expectations from the collegiate experience,” said Dr. Faison.

“With that said, I do believe that new and innovative delivery and implementation models being offered by new, young presidents to support student success can prove to be highly effective in translating to greater student retention and enrollment outcomes,” Dr. Faison added.

Many of the new group of younger presidents are taking the helm of UNCF HBCUs after their predecessors served for a long tenure. When a president serves a long-term, they often become the institution, making a transition to a new leader is sometimes difficult. However, this has not been the experience of Dr. Dwaun J. Warmack, president of Claflin University. Dr. Warmack, another one of the new younger leaders, says that he connects with seasoned presidents to help address issues at Claflin, and the more seasoned presidents are invested in his growth as a higher education professional. 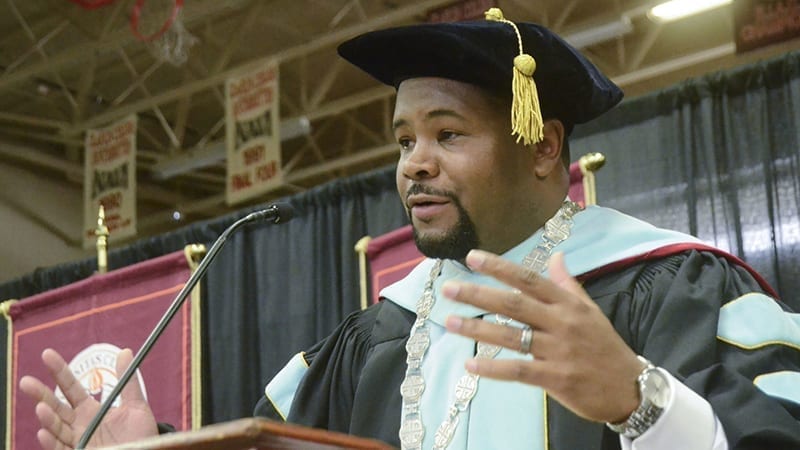 Prior to accepting calls from the firm tasked with the presidential search, Dr. Warmack did his homework on the university. He learned more about Dr. Henry Tisdale, who served as president at Claflin for 25 years. Dr. Warmack was familiar with Dr. Tisdale, but not did not have a full understanding until he did research.

“I was impressed. I thought he had done an amazing job over 25 years of transforming Claflin. As the search firm said to me, they think that I would be a good person to continue that legacy on,” Warmack said.

In his previous role as president of Harris-Stowe State University, Dr. Warmack centered his role around a quote that he lives by: “Students don’t know you care, until you show you care.” He was actively involved in making sure that students felt included in decisions of the campus.

“Students spend over 70% of their time outside the classroom, and we make it a priority to ensure they are actively engaged on campus,” he said. “Including students in the decision-making process ensures their buy-in and shared governance is at the forefront. From decisions related to homecoming, commencement speakers and institutional budget discussions, I make sure students are included in the process.”

Dr. Warmack acknowledges that the institution’s progress and future rests on the past accomplishments set forth by experienced presidential predecessors. “With that being said,” he said, “I have been fortunate to develop strategic strategies that integrates the past, embraces the relevant present and soars towards the future.”

And, as these two new UNCF presidents exemplify, your impact is only as good as those who benefit from your growth as a leader. With a new growing group of younger UNCF-member presidents taking the helm of its HBCUs, that impact will continue and deepen for years to come because while they are leading, they are still open to learning and growing themselves—and making an important impact for our students.