Senator Doug Jones: A Friend, Champion and Hero of HBCUs 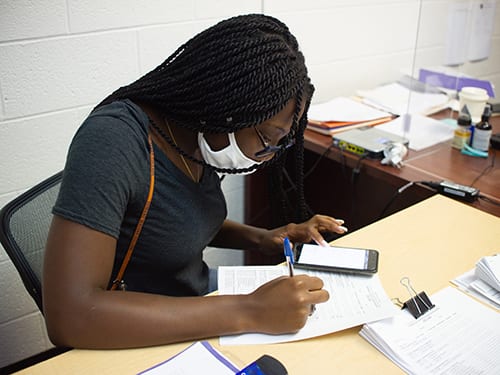 It’s no secret that heroes often come from the most unlikely places and face insurmountable odds to get there. Winning a long-shot seat in the United States Senate has made Senator Doug Jones just that.

Sen. Jones knows his supporters trust him to get things that matter to them done in Washington. Since his election in December 2017, Sen. Jones has worked tirelessly to support the people who got him elected. He’s been a staunch advocate for minorities in Alabama and for historically Black colleges and universities (HBCUs).

During his first year in office, Sen. Jones supported federal budget increases for HBCU-specific programs totaling more than $100 million (FY18 and FY19). He advocated for the passage of a loan deferment authority for the HBCU Capital Financing Program and, most courageous of all, he stood before his colleagues on the U.S. Senate floor and spoke about the value of HBCUs, their legacy and their importance.

It’s no wonder the people of Alabama celebrate Sen. Jones. As heroes often do, he backs his words up with action. He has shown time and again that the HBCU, Black, Hispanic and other communities can depend on him to be their voice. He fearlessly navigates the partisan divide to secure the best possible outcomes for his constituency and others—no thanks needed. It’s all in a day’s work for a hero like Sen. Doug Jones.