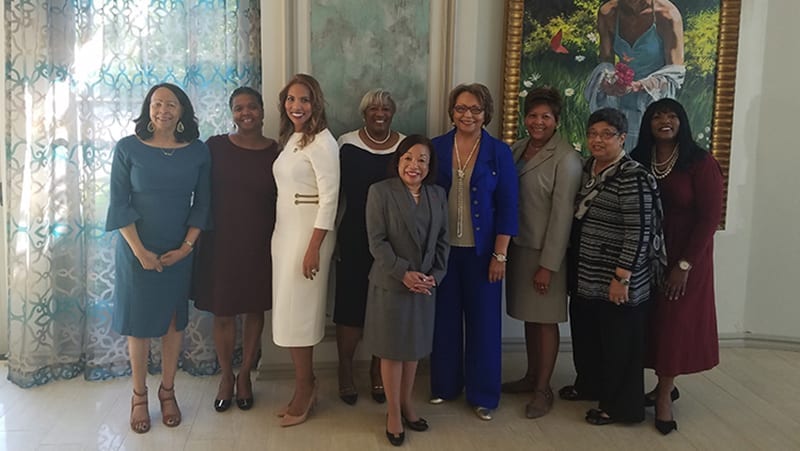 In general, higher education—especially Black higher ed—is dominated by female students with approximately 62% of the historically Black college and university (HBCU) student body made up of women. Yet, the top leaders of our colleges and universities, including our HBCUs, still are predominantly men.

In 1904, Dr. Mary McLeod Bethune founded Bethune Cookman College in Daytona Beach, FL, and in April 1944, she was one of the co-founders of UNCF. Dr. Bethune laid the cornerstone that today’s female HBCU leaders stand on, paving the way for women to lead HBCUs across the United States. Yet, Dr. Bethune’s shining example aside, HBCUs have often been led by men.

But that is changing. Even though the number of women HBCU presidents is still lower compared to men, there has been an increase recently. And as they take the helm of these institutions, many of them are praised for creating new partnerships or wrangling financially troubled institutions to push them to success.

“In an industry such as higher education that has been male-dominated for many years, it’s critically important to acknowledge diversity and the accomplishments of women, more specifically women of color,” says Michael L. Lomax, Ph.D., UNCF President and CEO. “They work hard each and every day to improve educational outcomes for students.”

Under Dr. Burnette’s leadership, Huston-Tillotson was awarded a $1 million grant from UNCF in partnership with the Lilly Endowment as part of the UNCF® Career Pathways Initiative. With the grant, Huston-Tillotson will be able to provide better resources for students, from internships and mentorships to development of better curriculum.

Dr. Artis has been praised by Benedict College’s Board of Trustees for the tremendous progress the institution has made under her leadership. She has launched bold initiatives to position Benedict as a competitive institution where transformative learning, innovation and a commitment to community all merge.

Dr. Artis has reduced tuition costs, increased enrollment and developed the first master’s of business administration program at the college, in which its 2,200 students can major in subjects ranging from cyber security to sports management.

Benedict is also among grantees of the Lily Endowment gift, the UNCF® Career Pathways Initiative. “We want to provide learning experiences that prepare students to enter the modern workforce and global marketplace,” Artis says.

Dr. Warrick raised roughly $2 million through alumni outreach in March 2017—impressively done during her transition from interim president to president, no less—to cover debt and summer operating expenses and boost recruiting efforts. She has also been instrumental in securing partnerships to ensure opportunities for Stillman students are increased. “Really open the campus to the community at large to participate and support our students and our academic programs and even the use of our facilities,” says Dr. Warrick.

Under Dr. Warrick’s leadership, Stillman has been able overcome accreditation issues and improve enrollment, a credit to her commitment to connect Stillman to the local community.

And, with 37 member HBCUs, here’s a list of the great women presidents at UNCF-member institutions for 2018 to 2019:

UNCF salutes all of the women presidents for breaking barriers at UNCF-member institutions and their commitment to advancing black higher education. Their stories, just like the HBCUs they lead, enable better futures for us all.